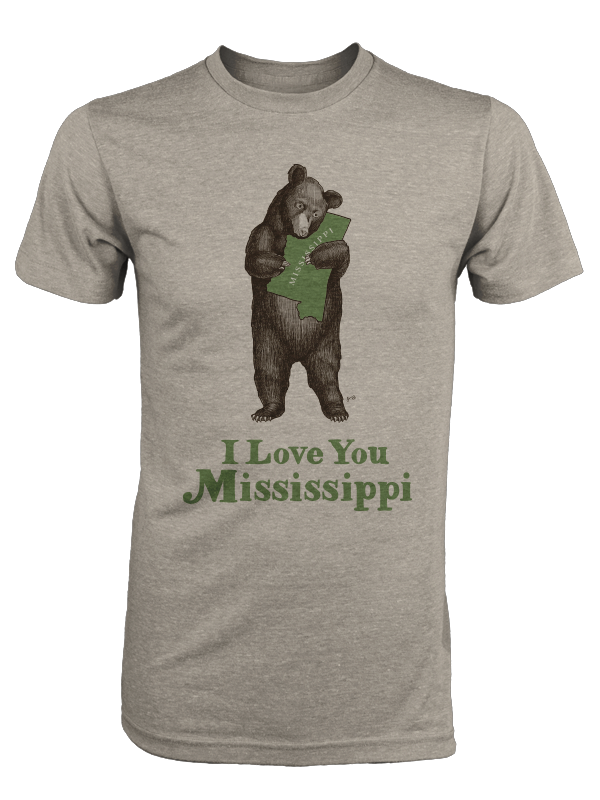 Mississippi has a long history with North American Black Bears. In fact, the term "teddy bear" was coined after Theodore Roosevelt made trip to Rolling Fork, MS to hunt black bears. Upon refusing to shoot one who had been tied to a tree, Roosevelt was mocked in a political cartoon. Soon after, a toy maker as permission to start naming his toys Teddy's Bears. The term has since evolved to just teddy bear. Mississippi's Black Bear population is back on the rise after being hunted to near extinction in the state, with the help of initiatives from the Mississippi Wildlife and Fishery Dept. as well as local universities. Give MS a bear hug and pick one of these super comfy shirts up today!